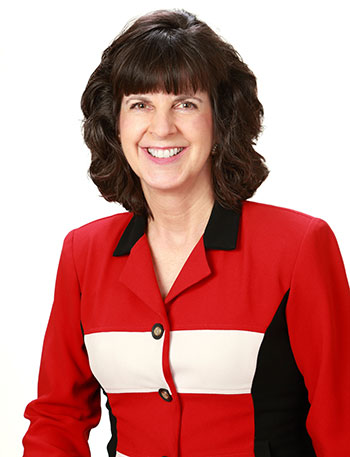 Personal: A sixth-generation Texan and mother of 4, Valoree has strong Texas family roots. So important is family to Valoree, that after years of homeschooling and sports with her kids, she and her husband, Vern, adopted two teenage girls from CPS. Her youngest is getting a degree in education. Prior to raising children, Valoree worked in commercial real estate, after getting her Bachelor of Business Administration from Baylor University. Valoree’s oldest daughter is a former criminal prosecutor, and her son is a petroleum engineer. Devout Christians, Valoree and Vern have been members of WoodsEdge Community Church for 11 years, where they have served in various ministries.  Valoree has been involved in the community for years as a children’s Bible study and Sunday school leader, a children’s sports team representative and referee, serving the elderly, and serving on various boards.

Political:  Valoree was politically involved at an early age.  She has volunteered during every election cycle in innumerable campaigns and capacities over the years. The Republican Party of Texas recognized Valoree for her tremendous volunteer work by awarding her the 2015 Volunteer of the Year for the entire Senate District 7.  She served as State Republican Executive Committeewoman for Senate District 7 from 2006-2014, as Precinct Chair 22 years, and was appointed to many committees. As a prominent member of Texas Tea Party Republican Women, Valoree served as officer, bylaws committee chairman, and parliamentarian.  Valoree has been a delegate to GOP State Conventions since 1984 and to National Conventions twice. She serves on the board of Conservative Coalition of Harris County (CCHC) and is founder of The BlueSheet, which vets and distributes recommendations on Republican Primary candidates. She has been involved in Concerned Women for America (CWA) for many years.

Policy: As the daughter of an entrepreneur and small businessman, Valoree learned hard work and family business early.  She understands how government affects small business and wants to cut red tape and taxes.  Valoree will also fight to eliminate the business margins tax.  She will protect your hard-earned tax dollars by working to cut government waste and handouts to illegals.  Valoree comes from generations of military veterans and is a strong supporter of the military and border security.  Valoree’s degree in real estate and experience as a former Real Estate Broker will help her write effective legislation to protect your property rights and values.